RM from BTS and Pharrell Williams from American music showed up on Rolling Stone Music Now’s Musicians on Musicians – Special Series. They discussed a variety of topics, along with their awaited collaboration, being in bands, and preconceptions against boy bands in particular.

Pharrell discussed how, despite being educated and making quality music, boy bands are not treated with respect as professional musicians, particularly in America. In the 1990s, he founded the hip-hop and R&B production duo the Neptune’s, and in 1999, he had become the lead vocalist of the band N.E.R.D. He has also collaborated with many well-known boy bands, including the Backstreet Boys and *NSYNC.

But here, people would say, ‘That’s just a boy band,’ but you know what? They would achieve very comparable results, and I don’t mean metric for metric, but in terms of the qualities of the artists, the quality of them really knowing their consumers, the quality of them really knowing their genre and also being able to keep it going for as long as they want it because they really grasped what they were there to do. They were given the task -Pharrell Williams

RM praised Pharrell’s meaningful remarks about boy bands, as Pharrell, acknowledged the preconceptions they had encountered. He shared his thoughts on being a part of the system.

Wow. First and foremost, thank you for your consideration… And, in fact, I am not an official for any of these in the field. I’m just one of the characters. So, it’s really dangerous for me to, you know, mention things about the whole system about the positives and negatives, lights and shadows, and I believe that if there’s one good, there’s always one bad- RM

The BTS leader recalled beginning his career as an underground rapper. Nonetheless, he is now one of the world’s most famous rappers as a K-Pop boy group leader, producer, and so on.

So, for the entire K-Pop system, I began my career as a rapper, but I just happened to get into the center of this system, maybe coincidentally, maybe by fortune, and I’ve been through everything inside. Right?

RM praised HYBE founder and chairman Bang Si Hyuk for bringing about change in the K-Pop system because he values artistry. As a result, while he knows technicalities, he also respects the heart and soul.

But, in my situation, my label and Mr. Bang, our label’s CEO, I believe he was. I feel he was different because he is a producer, so I believe he truly knows music, and he always recognizes the producers and engineers, as well as what you had in mind as an artist, so we always… We always strive to take the good of the system, as you mentioned, the quality, the people, and the techniques of the system -RM

RM stated that their primary objective is always to convey the fact that we are all humans. This mindset also assists him in remaining balanced. 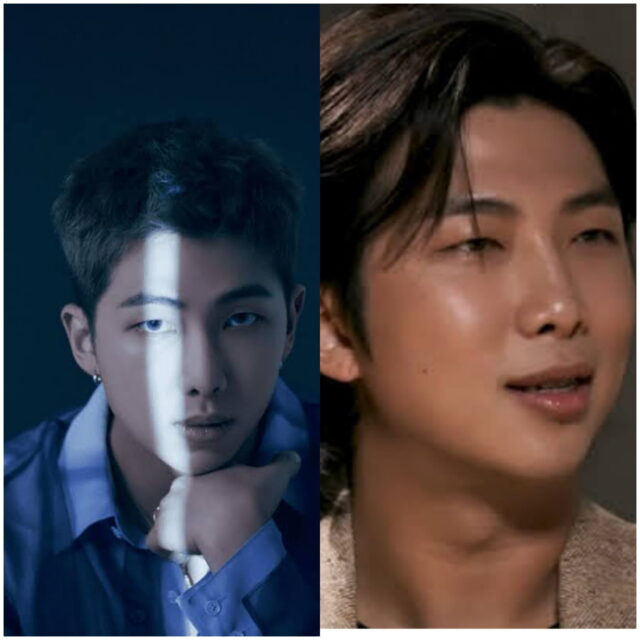 We always try to highlight that we are humans, just like you, and that we are just… I’m just a human who produces music and continues to perform in front of other people, and you’re just another human who may have a different job but has come to see our concert. As a result, I believe I am still placing my feet on the ground.

As a result, he hopes that other K-Pop  members will adopt this mind frame. He would remind everyone that they are humans with jobs. Nonetheless, they should recognize their power and spread love.

I just want to tell all of the trainees in the industry… Please remember that you are human, that you have a line of work in this industry, and that what we can do can influence people, that we can charge each other’s batteries, that we can give and take love in return . That, I believe, has always been valuable to me.