Song Joong Ki confirmed that he is currently dating a British woman. Song Joong Ki’s agency, HighZium Studio, confirmed the actor’s relationship with a British woman on December 26th, KST. Earlier in the day, it was revealed that Song Joong Ki presented his girlfriend to staff members at the Singapore media conference on the 7th. It was also disclosed that the actor’s girlfriend is not a celebrity and that the two met last year via a common friend.

The agency requested that no speculative statements be made because they can only confirm the love life at this time.

On July 5, 2017, the South Korean actor confirmed his relationship with ‘Descendants of the Sun’ co-star Song Hye Kyo and posted their engagement. On October 31, 2017, the couple married in an extravagant ceremony. However, the couple ended their marriage and confirmed that they will divorce in June 2019.

Since then there have been rumors of the actor hooking up with other co-stars including Kim Tae Ri with whom he performed in the science fiction movie ‘Space Sweepers’. All such rumors had been denied by his agency. 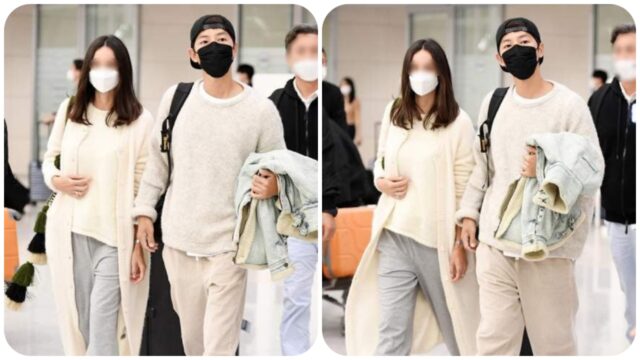 As reported by a South Korean news paper, the 37-year-old new partner is not from the entertainment industry and has British citizenship.

Song is also said to have introduced her to the cast during a press conference for the fantasy drama series Reborn Rich in Singapore on December 7.

His agency, High Zium studio, stated on Monday in response to reports that he had been seen with the anonymous woman on many occasions.

“Song Joong Ki is reportedly dating a woman who has positive feelings for him. We hope you will regard their relationship favorably “According to the agency.

“We ask for your understanding in that we cannot confirm any information other than that they are dating, and we would appreciate it if you avoid from posting any uncertain or unverified reports,” it said

Song Joong-ki was most recently seen in Reborn Rich. This year, the show was scored as one of the most popular in Korea. In the K-drama, which is based on a manifestation and deals with familial relationships and daily struggles in a complicated family tree, the actor who portrayed a rather intense role. Meanwhile, Song Hye-kyo is set to return with The Glory, a Netflix original drama, at the end of This month.