In conclusion, this drama is almost everything I'm looking for in a modern romantic drama. With a few overdone times, it was lively, engaging, and delightful. I was emotionally engaged in it. Lin Yanjun and Wan Peng have incredible chemistry. Their real and amazing acting and connection astounds me. The narrative is superbly written and performed.

In Crush Drama, Nian Qin seems to be a visually impaired lyricist. But he is a moody man who prefers to be alone. He was sent in a welfare home as a child and felt betrayed by his father. As a result, he is filled with anger and hatred. Then he met Wu Yan, a psychology student who worked part-time at a radio station. Wu Yan was charmed to him at first sight but had no idea he was her favorite lyricist.

Wu Yan was then taken to a special needs school to complete her internship. She was relieved to see Nian Qin there again, as he was serving as a temporary instructor for blind children. She followed him, and as he began spending more time with her, he became a happy person. But his past haunted him, and he never told her about his family history. Everything was OK until Wu Yan’s mother opposed to their relationship, making Nian Qin feel worthless and uncomfortable because of his condition.

However, this drama has to be one of the finest C-dramas to date, portraying persons with mental disorders across the spectrum in the most reasonable way feasible. The reality that this drama adopts a’show, don’t tell’ approach to portraying mental diseases backfires quite a bit for the viewers who aren’t psychology majors or have no knowledge in the subject.

It was a basic yet appealing romance. It was ideal for binge watching because it only had 24 episodes. In no way does the storyline delay or hurry. It was incredibly intriguing and lovely. This drama did not bore me for a single second. Apart from certain episodes’ lazy work, it’s fairly fun, interesting, and even important, and it’s also really lovely in terms of graphics and cinematography. The couple is amazing because their chemistry is incredible!

I am sure I will re-watch it many times. I could see myself re watching at least 2 times a year from now on.

Romance was mature and good. A lot of sweet moments. 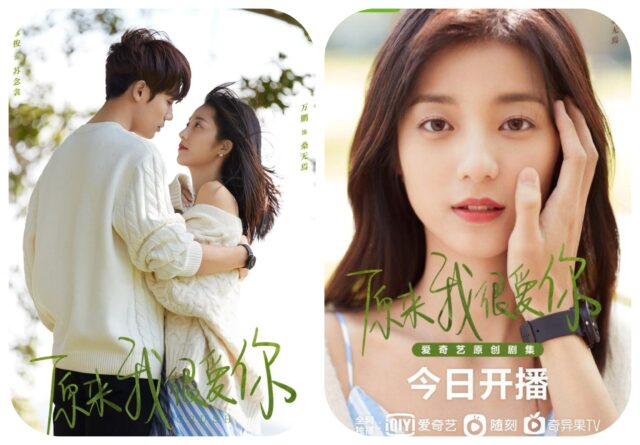 Yes break up around mid-episodes …. Just little separation (only for 2 or 3 episodes).

In conclusion, this drama is almost everything I’m looking for in a modern romantic drama. With a few overdone times, it was lively, engaging, and delightful. I was emotionally engaged in it. Lin Yanjun and Wan Peng have incredible chemistry. Their real and amazing acting and connection astounds me. The narrative is superbly written and performed. Our main characters went through a lot of shifts and turns, yet none of them felt needless. I could clearly grasp the characters’ actions and thoughts. So, yes, this drama is certainly worth seeing! Strongly recommended!